When the Efficiency Meets the Ethic 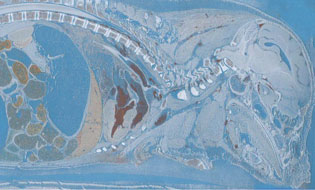 Whatever the routes of administration used with radiolabelled or non-radiolabelled compounds, Bertin Pharma can support your Animal PK & Metabolism Studies.

Bertin Pharma can fulfill your needs regarding

As for bioanalysis applied to in vitro ADME, Bertin Pharma offers all its analytical expertise for this field.

For biologics such as therapeutic proteins, Bertin Pharma is able to assess their immunogenicity and the influence of the emergence of Anti-Drug Antibody (ADA) on PK parameters.

Bertin Pharma has developed a specific expertise in Surgery in rodent for catheterization of jugular and portal vein & carotid and of choledoc, placement of gastric, intraduodenal, ileal, subcutaneous (Alzet® pump) and implant microdialyse implants. One possible application could be in-situ gastro-intestinal perfusion, sampling & analysis.

As of February 2011, the French Government has registered the Bertin Pharma Ethic Committee composed of 6 Bertin Pharma and independent people.

This commitment pursues the philosophy of Bertin Pharma with the use of Culex® in accordance with the Council Directive 2010/63/EU which aims to improve animal welfare by reducing their number and pain during experimentation.

Headquarters: Parc d’Activités du Pas du Lac 10 bis avenue Ampère 78180 Montigny le Bretonneux - France View our other locations
Do you want to be kept updated with Bertin Pharma's latest news? [email protected]
Any project? Any challenge? We are in! +33 (0) 139 306 260 Any questions? Contact us
Copyright © Bertin Pharma - All rights reserved